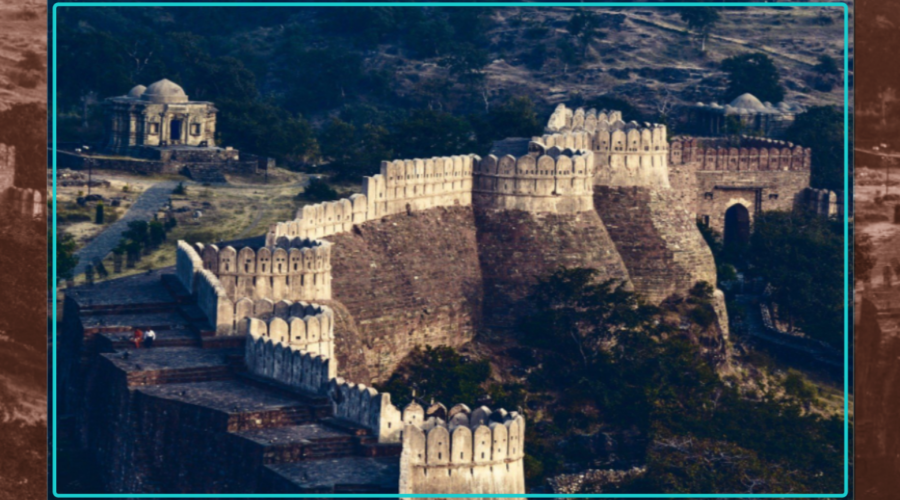 Kumbhalgarh (literally “Kumbhal fort”) is a Mewar fortress on the westerly range of Aravalli Hills, in the Rajsamand district near Udaipur of Rajasthan state in western India. It is a

included in Hill Forts of Rajasthan.

The fort that marks in history as the second largest wall after the Great Wall of China – it’s none but the Kumbhalgarh fort in Rajasthan. The mighty fort is 3600 ft tall and 38km long that surrounds the area of Udaipur. It was considered to have been built by Rana Kumbha in the 15th century. The fort is further declared a UNESCO World Heritage Site that is under the group Hill Forts of Rajasthan. It is located strategically on the western Aravalli hills.

Having witnessed a large number of wars, the hill serves as the boundary that is unbreakable. The fort has seven fortified gateways and a number of Jain temples within it , along with the Lakhola Tank which is the most famous tank inside the fort that was constructed by Rana Lakha.

Kumbalgarh is situated 82 km northwest of Udaipur by road. It was the most important fort in Mewar after Chittorgarh Fort.